THE EDIT BUTTON FOR PAYING SUBSCRIBERS ON TWITTER JUST LAUNCHED 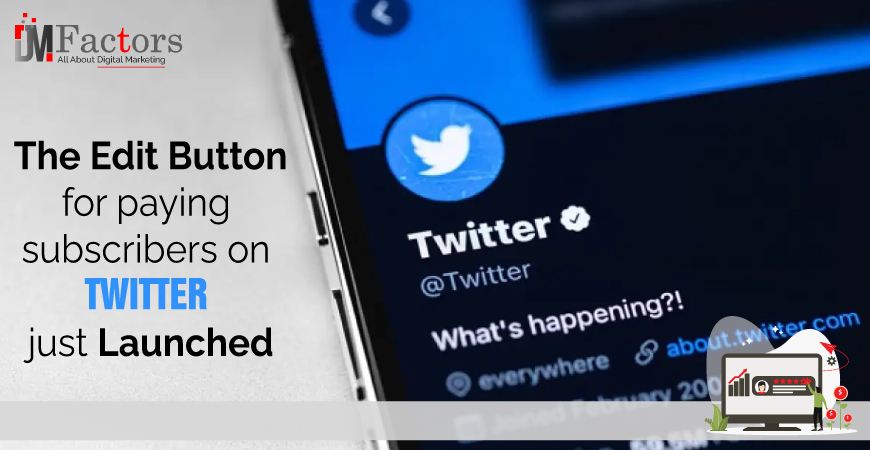 After years of internal and external discussion about whether adding such a tool to a product known for making messages go viral was a good idea, Twitter Inc. is now introducing an edit button for the first time.

In an attempt to swiftly address any potential problems, the business is explicitly testing the edit button with a small sample of users, according to a blog post from the business. In the ensuing weeks, Twitter Blue users will begin to see the edit button.

Since its inception, Twitter has been debating the advantages and disadvantages of an edit button. Some are concerned that it will be abused by those looking to go viral by changing the content of a message after it has been retweeted. Even though an edit button was so frequently asked for that the company never made a firm decision on whether or not to introduce something, former CEO Jack Dorsey stated as recently as January 2020 that it was extremely improbable.

In an apparent effort to separate the initiative from Musk’s influence, Twitter quickly acknowledged that it had already begun testing the feature internally and highlighted that it had begun developing an edit button before to Musk’s vote.

1- What is the cost of subscribing?

2- Does Elon Musk have taken the largest ownership stake in Twitter?

3- What did the majority of people say in the poll button whether they wanted an edit button or not?