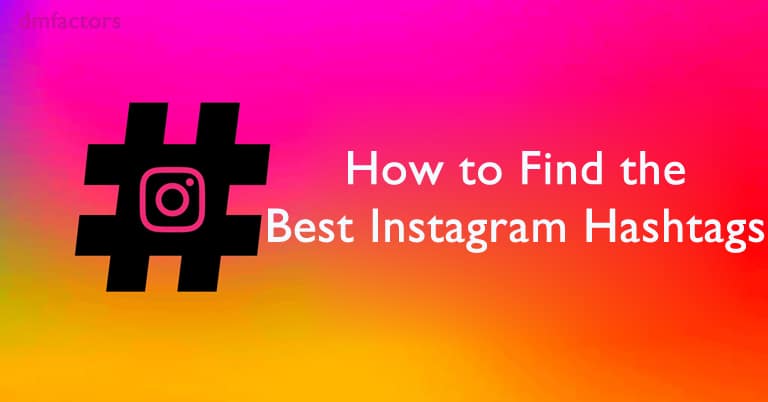 Hashtag research is essential for attaining social media strategy. If you want to experience higher visitors, more engagement in your content and an increase in traffic on Instagram, hashtag is the most effective way. To make content more discoverable adding hashtag at the beginning of the keyword related to the content is beneficial.

When one clicks the hashtag or searches for the relevant niche or word, they will see a page full of posts tagged with that hashtag.

Millions of people use Instagram and being discoverable/ recognizable amidst such a crowd is impossible without the hashtag. The hashtag makes your content recognizable and people around the world can see your posts or videos. The maximum number of hashtags one can use on Instagram is 30 per post. Instagram has clearly set rules and standards, unlike other popular social media networks. That is they punish the spammy hashtags. There are more than 60000 banned hashtags on Instagram. The hashtags used on a post must be relevant to the niche or content. The basic rule here is choosing the number of hashtags that are relevant to the content of the post. A particular hashtag is used highly for tagging by n number of people. That indicates the reach of that tag to the audiences and such tags must be used in the content relevant to it.

A hashtag must be placed usually in the first comment of the post. They can also be placed in the captions just below the posts and stories. The number of hashtags to be placed in stories is up to 5 while in the post it is 30. The list of banned hashtags is not standardized and also a lengthy one. Hence do not blindly include them in the post. Avoid using banned hashtags for it may be dangerous for the Instagram account.

Below are a few of the Steps to find the best Instagram hashtag:-

The most used hashtag related to the topic: –

Understand the main aim of putting hashtags inside the posts and stories before jumping on to select the most suitable one. Get the research done by establishing what the posts are about and who the audience will be? Know what your business or brand wants to tell the audience. most common and generic hashtags are easily found out but they are too vast and broad.

Now go to one of the top posts you came across in Step I.

Now relevancy must be figured out from the number of hashtags that, one top post selected in Step II, uses. The irrelevant ones must be removed from the list. If one includes unrelated hashtags in the posts, the content will get a negative reaction from the users. For instance, when a person visits a clothing store in a mall, it becomes easy to shop as the sections are properly segregated i.e. men, women, kids the same is with Instagram.

IV. Search for the relevant hashtags within the lists: –

The list that you made in step III must be reviewed for the most relevant or suitable one for your content or post. Select one of them and again repeat from Step I till you find at least 10 to 20 relevant hashtags.

Use the relevant hashtags in the posts and evaluate the visitors and their engagements. If there is a considerable increase in the audiences, keep it up with your work. If not then go on with other relevant hashtags. Instagram provides the best features for analyzing how well the hashtags are performing and giving rewards. There are certain tools too to monitor hashtags to analyze the hashtags mentions across social media, blogs, and other online available sources.

Learn the patterns others are using with similar niche or topic. This can be studied manually by visiting the profiles or account manager. Most of them will suggest hashtags for optimizing the growth by using certain tools. If you want to get to the top, keep your profile public as private won’t appear on the hashtag posts.