Future of in-person events: Marketers likely to return in 2023 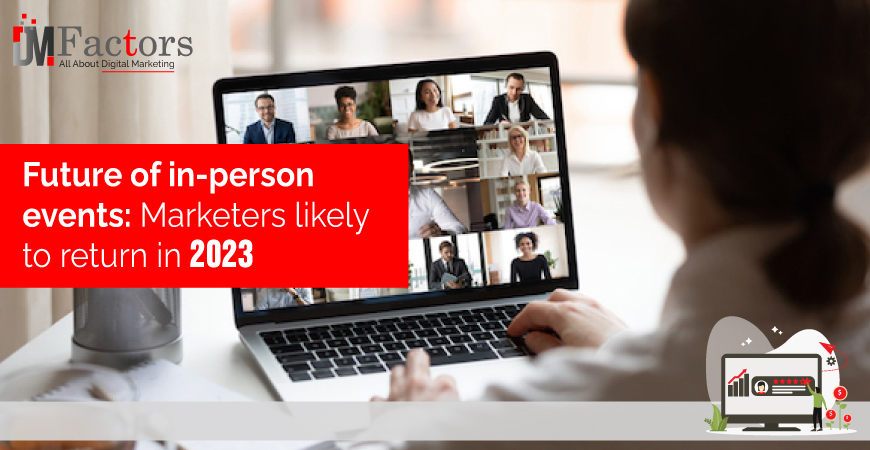 Most, marketers are optimistic that they will be back attending in-person events, according to Mar Tech’s Event Participation Index. About a year ago, marketers told us that they were less likely to attend the upcoming in-person conferences because of the fear of the Omicron wave. But we saw an enormous surge in COVID cases at the beginning of this year. Many first-half conferences had already been planned. So the new variants were highly infectious as they were less damaging.

The cases quickly declined as they had remained fairly flat as the uncertainty seemed to shut down the im-person option for about half of the roughly 200 respondents. They are a part of the event participation index.

Things are looking very brighter for the next year, but many respondents were more likely than extremely unlikely to attend the in-person event in the first half of 2023. For the second half of the next year, the optimism reign that about 80 are extremely likely to go to live events and more than 40 are likely or highly likely.

A strong majority believed that only attendees should be vaccinated but that event organizers should mandate vaccination. They probably mean checking the evidence of vaccination too. About 121 respondents want to see the vaccinations made mandatory, while 77 said no which doesn’t necessarily mean that they are against the vaccination.

Attendance will be at the pre-pandemic levels, as predicted by one Event Participation Index respondent, and for 2022, at least that seems likely to be true. Hubspot estimated a decline in inbound attendance of about 10-15% compared with 2019.