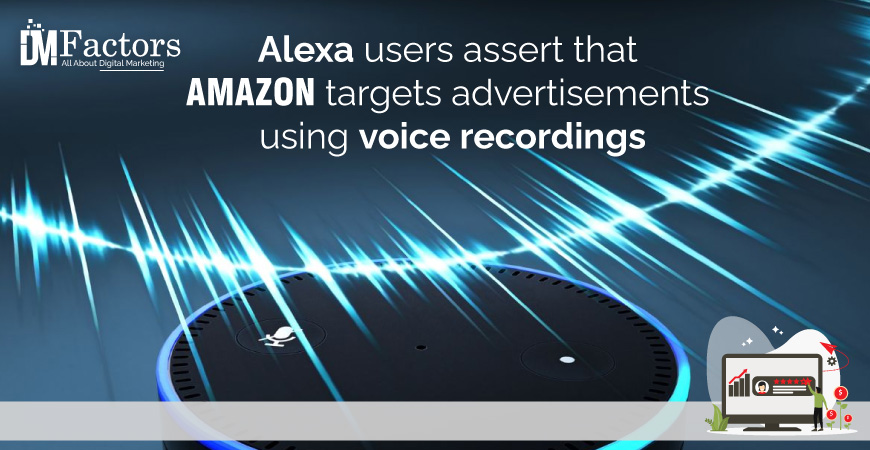 Amazon is being sued by Alexa users who contend that the voice assistant app targets them with advertisements related to their private conversation recordings.

the primary issue. The voice assistant’s misuse of voice recordings that it has collected to target advertisements is Alexa users’ main gripe.

“The main argument in this lawsuit is that Amazon uses voice recordings made by Alexa, or the audio that is recorded from a user’s voice, to deliver interest-based advertisements to that user. Because they have no good-faith basis for that allegation, plaintiffs conspicuously never allege facts in their complaint demonstrating that Amazon uses Alexa recordings to serve interest-based ads, the company continues. Instead, the complaint refers to certain transaction data obtained from Alexa interactions that may occasionally be used for advertising under the purposefully ambiguous term “voice data.” Yes, it is, and Amazon makes that clear and widely known.

The claim of the plaintiff. James Gray, of Ohio, and Scott Horton, of Massachusetts, filed the class-action lawsuit against Amazon for allegedly using “Alexa-collected voice data” for ad targeting. They made a number of allegations, including that Amazon violated users’ privacy and engaged in deceptive and unfair business practices.

Amazon’s statement. Alexa requests are not shared with ad networks, according to Amazon, which claims that it “is not in the business of selling data.”

“Similar to what you’d experience if you made a purchase on Amazon.com or requested a song through Amazon Music, if you ask Alexa to order paper towels or to play a song on Amazon Music, the record of that purchase or song play may inform relevant ads shown on Amazon or other websites where Amazon places ads,” the company added.